Today’s blog features Essel Pratt.  Essel and I go way back, as he <ahem> kindly points out.

E: Heya, Essel.  Long time no see.  Glad to finally have you on the blog.

Thanks for pointing out we’re old now.  Jerk.  Just kidding, Essel.  Sort of.

E: You’ve been recently published in Blood Type: an Anthology of Vampire SF on the Cutting Edge.  What was your story?

EP:  My story is titled “Damned to Life” is about a young female vampire that was trapped in a basement pit by a man that tortured her every day, suppressing her supernatural powers.  When she finally frees herself, she finds out some unexpected details about her existence.  Oh, and there is glitter, but not in the popular movie vampire sort of way.

I loved writing the story and had a lot of fun doing so.  I actually have an idea fermenting in my mind to create a full novel from the short.  However, I want to finish a few other ideas first.  Blood Type:  An Anthology of Vampire SF on the Cutting Edge is also a charity anthology, where the funds go to benefit the Cystic Fibrosis Fund, so you are not only purchasing a fantastic book (with other authors such as Peter Watts, William F. Nolan, and Mike Resnick included within), you are also helping out a great cause! 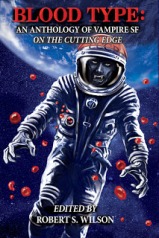 E: You’ve also got several other stories accepted.  Can you tell us about a couple of them and when they become available?

EP:  Absolutely.  One of my upcoming pieces will be included in the Hero’s Best Friend Anthology, by Seventh Star Press.  This one is about the unsung animal friends that fight alongside the heroes within most stories.  This story, titled “Brothers” is a little different than my normal works because it is not exactly horror themed, but more fantasy.  It takes us to a time after a battle the human and wolf companion shared, where they meet again.  The ending is rather sad, but touching.  It is estimated to release near the end of December.

I have another short that was accepted into Horrified Press’s Nightmare Stalkers and Dream Walkers Vol.2.  The story, titled “Makin’ Bacon” is a strange tale of a beast that is found in the kitchen and wreaks havoc with the lady of the house.  However, he does leave a pleasant surprise for the man of the house in the morning.  This anthology is still in the works and does not have an exact release date as of yet.

E: You’re involved with the Horror Writer’s Association (HWA).  What did you have to do to become associated with them and what all do you do for them?

EP:  Joining the HWA is fairly easy, and the level that you join at is dependent upon your level of writing success.  When I joined, I had not yet sold any stories at professional rates.  So, I am currently a supporting member.  Now that I have a few pieces sold at pro rates, I will attempt to upgrade to an affiliate level when it is time to renew my membership.

Currently, I am the HWA’s Event calendar Coordinator.  Despite the grandiose title, I essentially review all upcoming events that are submitted from current HWA members (Book signings, lectures, roundtables, etc.) and ensure they are entered into the event calendar for all to view.  Once a month I compile the events and submit them to the monthly newsletter.  There are some amazing events that occur each month, especially the HWA roundtable discussions.

E: For people who aren’t associated with a writers’ guild, can you tell us about some of the benefits to being a member?  What’s in it for you?

EP: I definitely recommend joining a writers guild, there are quite a few benefits to take advantage of.  For example, it is a great place to network with other writers of similar interests, each at different levels of success.  Whether in the forums or at a local chapter meeting, there are many avenues to learn more about the writing process, share failures, success, and absorb best practices from each other.

There is also a mentoring program that allows writers that are new to the art to pair up with someone more experienced to learn the tools of the trade.  With over 1000 members, there is a wealth of experience to reach out to and learn from.

For me, it is all about networking and absorbing from their experiences and knowing that if I have a dilemma, there is someone there that is willing to help me out if needed.

E: You also participated in NaNoWriMo this year.  You won, I do believe.  Good job!  I know it’s still going to be rough, but what can you tell us about your project?

EP:  I did!  In the past I told myself that I would participate, but never did.  So this year, I went for it.  I already had the novel outlined and ready to start, but just couldn’t find the time.  So, I used NanoWriMo to jump start my progress.  The novel is still rough and needs a lot of TLC, but I am up to the challenge.  My project is actually an expansion of a short story I wrote in the past.  It takes place in a post-apocalyptic earth, where magic has replaced the mechanical wonders we use today.  Animals talk, and pure magical beings are the monsters hidden in the dark.  Although it is still rough, actually finishing the first draft is extremely gratifying.  I am already plotting out my next novel attempt.

E: Horror writing is your thing.  What genre (or subgenre) terrifies you to write?

EP:  Although my main focus is on horror, I do tend to write fantasy and adventure from time to time and have been thinking about expanding into some Bizarro fiction after writing a couple Circus Punk pieces.  However, I was challenged to write a romance novel at one point.  However, I am terrified to do so.  My mind is a strange place, and writing such a book could become a strange mess.  I fear what the final result could become.

E: Your daughter was recently published in a collection.  That’s pretty awesome.  Take a minute and shamelessly promote her work.

EP: I am extremely proud of my youngest daughter, Vyvecca.  She was recently published in the Bones Anthology, by JWK Fiction.  I was pretty excited when she brought me a poem that she wrote last year and wanted to submit it somewhere.  It was pretty rough, but I thought it would be a good lesson in rejection.  So, I found that the Bones Anthology was taking submissions for poetry, short stories, flash fiction, and art.  I emailed the editor and queried whether he would entertain the idea of a twelve year old girl submitting.  He said yes and we sent it off.  Within a day or two, he sent it back with some suggested edits and constructive criticism.  I guided Vyvecca through the edits, offering advice and tips, and resubmitted.  I honestly did not think it had a chance in the beginning, but it wasn’t a couple days later that she received her first contract.  She is already preparing for the next volume when subs open in December.

Thank you for inviting me to visit your blog!  I apologize I didn’t bring any cake or confectionaries, my dog ate them before arriving. 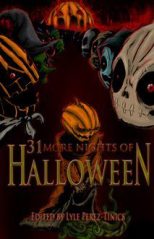 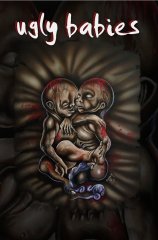 and paranormal, and other creepy stuff

Dreaming of leaves and green and swings that fall down.

Writing is a journey - enjoy the scenery!

The Arcade of Arts & Arcana

Some take medication for the voices in their heads. I take dictation.

You are what you eat. Make it good!

The Path Yet Traveled

Tales of a journey only just begun